Our public speaking team have talked themselves to a win, taking home the trophy as 2017 SIS Public Speaking Champions. 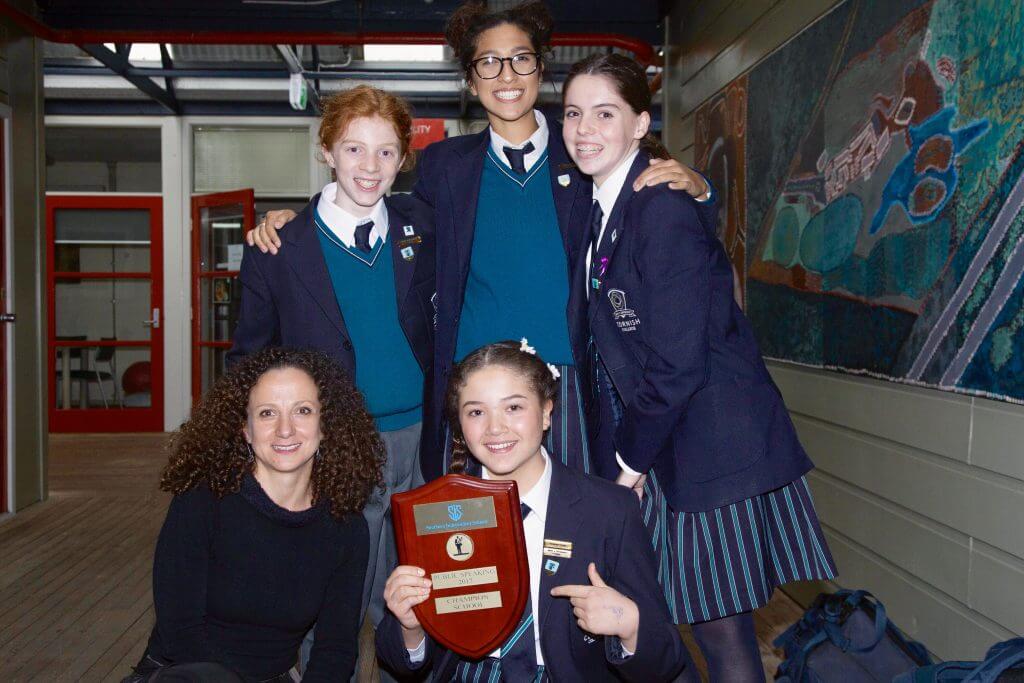 Aaron (Year 7), Sara (Year 8), Tierney (Year 9) and Nikki (Year 9) made up the team who each presented two speeches; one pre-prepared and the second impromptu.

Aaron delivered a clever and thoughtful prepared speech on ‘The ultimate superhero’, Sara’s view on ‘The pen is mightier than the sword’ was sophisticated and both Tierney and Nikki presented powerful and thought-provoking speeches on ‘Feminism is just for women’.

With only five minutes preparation time, students chose from the following topics to present their impromptu speech on:

“We couldn’t deny the fact that we were somewhat apprehensive, especially since we were aware that we wouldn’t discover the impromptu topic until the day,” said Sara. “Despite having mixed emotions about our performance, overall, we came first!“