International-mindedness sees a world of opportunities

Previous Next
International-mindedness sees a world of opportunities 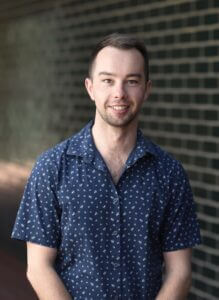 When Brett McGeorge (CC2006) began studying German in Year 7, little did he know that it would lead him to work and live overseas. Although he had some ideas about what he wanted to do after Cornish, the international-mindedness he developed at school opened up a new world of opportunities.

To practise his language skills, Brett became pen pals with a family in Germany. This is a friendship that continues to this day and one which encouraged Brett to live in Germany for some time, working in marketing and business development for a large German manufacturer of solar products. These connections undoubtedly shaped his life.

“I still speak German fluently and I’m in regular contact with my friends in Germany. Some of their children’s kids are my godchildren, and I usually visit them two or three times per year. As I lived and worked in Germany, I’ve also got an enormous group of friends there. These experiences have absolutely shaped me and steered my career and life in a particular direction.”

After attending the Cornish campus from 1994 to 2004, Brett completed the International Baccalaureate Diploma at St Leonard’s, Brighton. He then completed a Bachelor of Commerce and a Bachelor of Arts at Monash University, majoring in marketing, German language and linguistics, before working in Germany, London, and later in Sydney. Since then, Brett has worked in senior marketing and development roles in the education sector, including his current role as the Director of Marketing and Business Development at Australian Education Assessment Services (AEAS).

Brett’s global perspective is particularly useful at AEAS, which helps international students, parents, and schools with their application and enrolment processes through admissions testing, advocacy, events and marketing. Despite this year’s unusual circumstances, Brett is enjoying the role, which is “equal parts interesting and challenging”. He says this year has highlighted the importance of community and social connections among students – something he recalls fondly from his time at Cornish.

“One of the things I enjoyed the most about Cornish was that we all knew each other. You’d pass people in the hallway and even if they were three or four years above or below you, you still knew who they were – personal relationships were important.

“It was also a really friendly place. The teachers were all lovely, there were always parents around and events on, and there was always a really great feel about the place – it felt really welcoming with a great sense of community.”

Brett’s community has grown significantly since his days at Cornish, but no matter where his international interests and connections take him, he plans to stay in touch.

“I have lots of good memories from my time at Cornish. Of the really good friends I made at Cornish, I still see three or four of them fairly regularly. I’m absolutely interested in maintaining a connection with Cornish College – it’s very important to me.”

Back to Alumni Stories